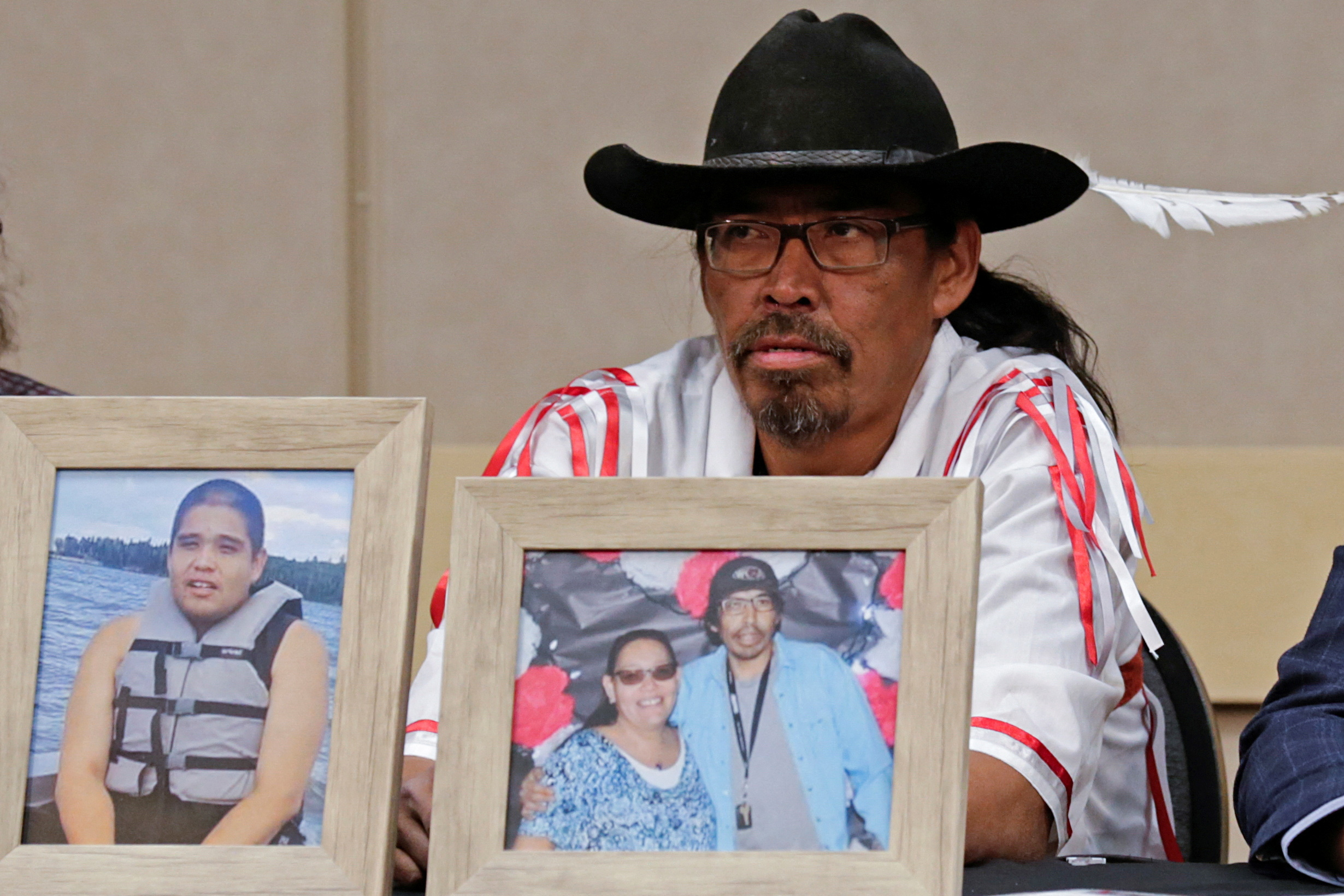 After a four-day manhunt, Canadian police said Wednesday that they had arrested Myles Sanderson, 30, the suspect wanted in last weekend’s stabbing spree that killed 10 people in the province of Saskatchewan. But hours later, police said he had gone into “medical distress” shortly after being taken into custody and had died in hospital. Police sources told the Canadian media outlet Global News that Sanderson had died from self-inflicted wounds. Similar accounts were reported to The Guardian and Associated Press.

“To the men and women in uniform who have worked day and night to track down and arrest this dangerous criminal, thank you. We owe you all a great debt of gratitude,” Scott Moe, the premier of Saskatchewan province, said in a message on Twitter.

Damien Sanderson, 31, another suspect in the stabbing spree, was found dead on Tuesday. Assistant Commissioner Rhonda Blackmore said the deceased had “visible injuries, not believed to be self-inflicted.”

Police reported that Myles Sanderson, the brother of Dameien Sanderson, had been arrested on Wednesday afternoon. “Myles Sanderson was located and taken into police custody near Rosthern, SK at approximately 3.30pm today. There is no longer a risk to public safety relating to this investigation,” the Saskatchewan division of the Royal Canadian Mounted Police (RCMP) said in a message on Twitter.

The RCMP later cancelled the alert on Twitter and announced that the 30-year-old had been pronounced dead in hospital. The RCMP said that the nature of Myles Sanderson’s death will be determined by an autopsy. Sanderson was arrested northeast of Saskatoon, the province’s main city, around 130 kilometers from James Smith Cree Nation, a First Nation indigenous community where most of the attacks took place. When his arrest was announced, the police said nothing about him being injured.

An arrest warrant had been issued for Sanderson prior to Sunday’s attacks, identifying the city of Saskatoon, the province’s largest, as his last known whereabouts. Police warned that he was armed and dangerous. According to Blackmore, Sanderson had “a lengthy criminal history involving both person and property crimes.” Questions have been raised about why he was released on parole with such a long criminal record. Authorities have indicated that the circumstances under which he had been granted parole will be investigated.

The death of both suspects will make it more difficult to determine the motive for the stabbing spree, which left at least 10 people dead and another 15 injured. Authorities quickly identified the brothers as suspects, and from the outset believed that many of the victims had been chosen at random. Six members of the same family were stabbed. The victims ranged in age from 23 to 78.

Glory Days: In Michigan, Nostalgia For A Romanticized Past Outstrips The Reality of An Economic Rebirth