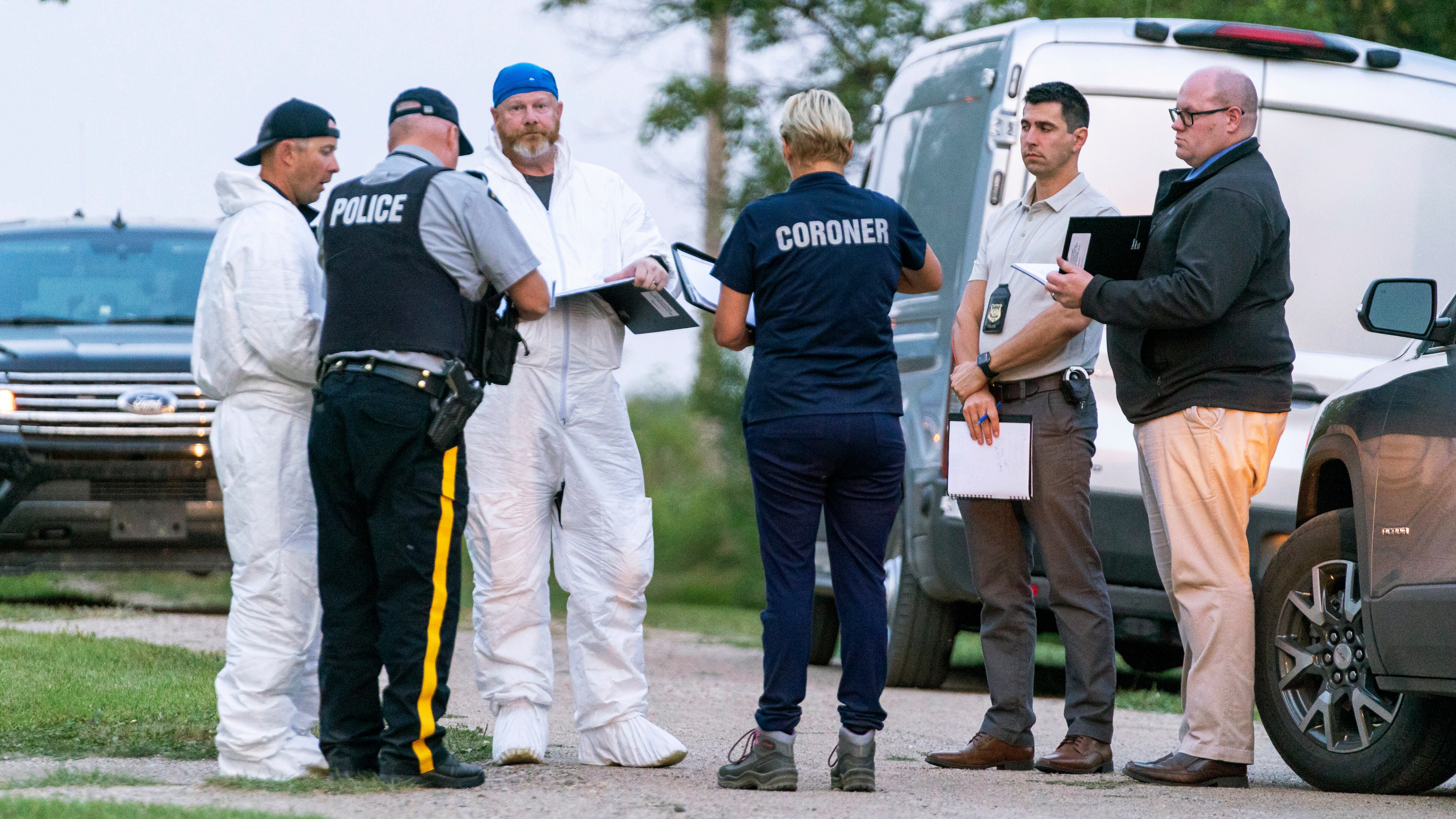 One of the suspects of in the stabbing deaths of at least 10 people in the Canadian province of Saskatchewan has been found dead, Canadian police reported on Monday. Assistant Commissioner Rhonda Blackmore said the deceased was identified as 31-year-old Damien Sanderson.

“His body was located outdoors, in a heavily grassed area in proximity to a house being investigated. We can confirm he has visible injuries, not believed to be self-inflicted at this point. The exact cause of death will be determined in conjunction with the Saskatchewan Coroner’s Office, with a date and time to be determined,” said Blackmore.

Police confirmed that the two suspects, Damien Sanderson, and Myles Sanderson, 30, were brothers. Authorities believe the young brother is hiding in Regina, the capital and second-largest city in Saskatchewan. Investigators have reason to believe Myles Sanderson is injured, although this has not been confirmed.

This brings the count of this tragedy to 11 deceased, 19 injured and 13 crimes scenes

“We want the public to know this because there is a possibility he may seek medical attention,” said Blackmore. “Even if he is injured, it does not mean he is not still dangerous. Myles has a lengthy criminal record involving both persons and property crimes.” She added that it is not known whether Myles Sanderson is with another person.

An arrest warrant had been issued for Myles Anderson prior to Sunday’s attacks. The warrant identifies the city of Saskatoon, the largest in Saskatchewan, as his last known whereabouts.

According to authorities, the Royal Canadian Mounted Police (RCMP) quickly identified the two suspects of the multiple stabbings, which left at least 10 people dead and another 15 injured. The death of Damien Sanderson “brings the count of this tragedy to 11 deceased, 19 injured and 13 crimes scenes,” said Blackmore.

The first charges were filed against the two brothers earlier on Monday, before Damien Sanderson was found dead. There are now doubts as to whether he was involved in the fatal stabbings.

The stabbing spree took place on the James Smith Cree Nation, a First Nation indigenous community whose reserve is located north of the town of Melfort, and it extended into the nearby village of Weldon. The suspects are believed to be hiding in the vast and sparsely populated territory, which has forced agents to extend the manhunt to an area similar in size to half of Europe. Damien Sanderson was found dead on the same First Nation indigenous community, where most of the attacks took place.

The reason behind the stabbings is unknown. It is also not known if Damien Sanderson was killed by his brother. “This type of violence has no place in our country,” said Canadian Prime Minister Justin Trudeau on Monday, in which he expressed his condolences for the victims.

The stabbing spree is one of the worst massacres Canada has seen in recent decades. In April 2020, in Portapique, Nova Scotia, a gunman posing as a police officer killed at least 22 people during a 12-hour rampage in the country’s worst mass shooting in modern history. In Montreal, Quebec, in December 1989, a gunman killed 14 students, all women, and wounded 13 at the École Polytechnique before killing himself.

The James Smith Cree Nation, where most of the stabbings took place, is home to around 2,000 people. It is located northeast of Saskatoon, which is the most populous city in Saskatchewan, with nearly 300,000 inhabitants. Saskatchewan is larger than Spain, but has a population of under 1.2 million, most of which is concentrated in the south of the province. The area is considered the breadbasket of Canada for its abundant wheat crops, and it is also rich in minerals such as potash and uranium.

The indigenous community accounts for just 5% of Canada’s total population, but has higher rates of violent crime, especially homicide.

Trump Is Having A Total Meltdown As DOJ Closes In