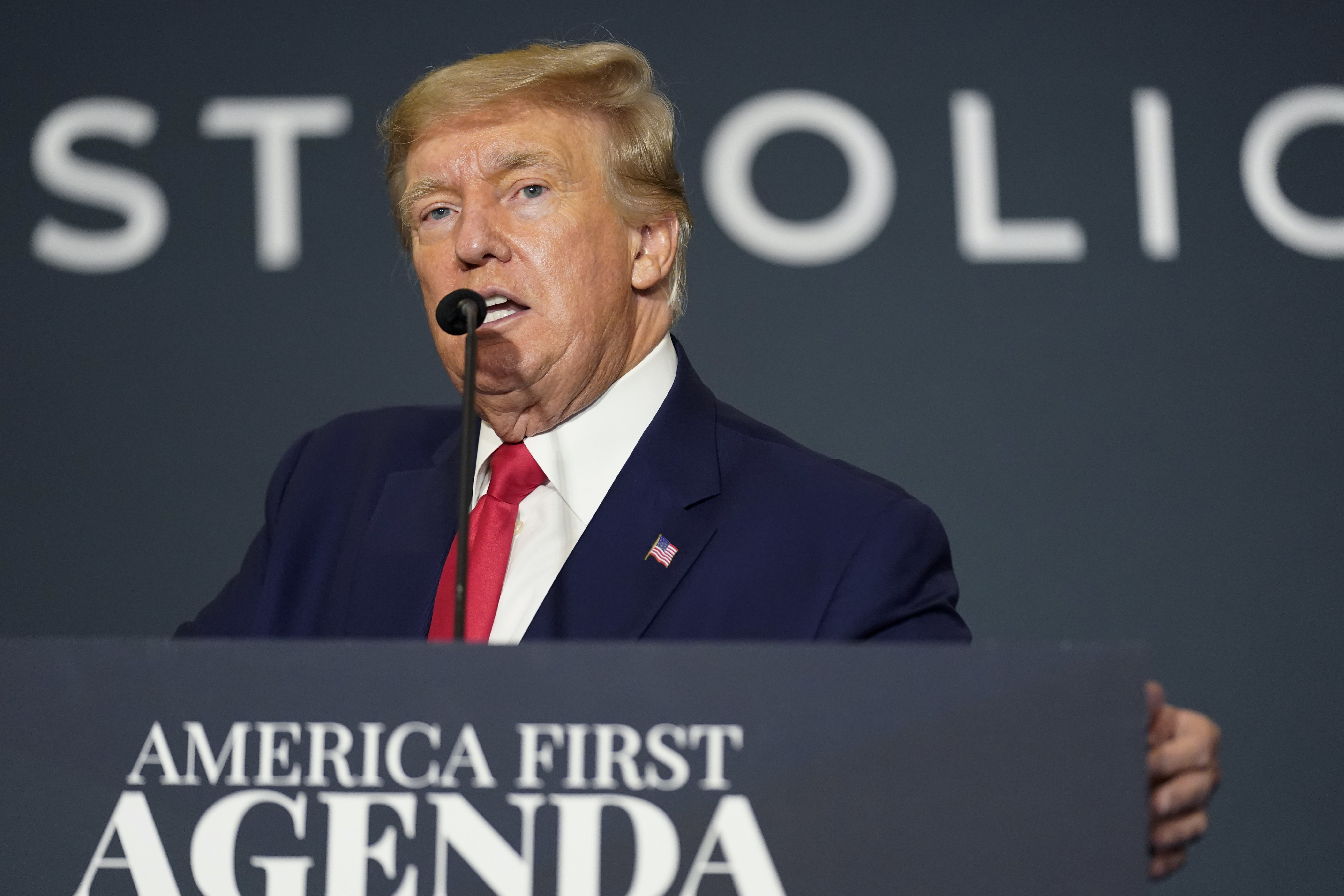 The department indicated that the privilege review — conducted by a “filter team” designed to screen attorney-client information from investigators probing potential criminal violations related to national-security-related documents stored at Trump’s Florida residence — has been completed.

The review appears to have only sought to isolate any potential attorney-client privileged documents and left unaddressed Trump’s claims that some of the documents are covered by executive privilege.

The details came in a brief filing prosecutors submitted to U.S. District Court Judge Aileen Cannon, who is handling a motion Trump filed last week asking for a so-called special master to oversee the government’s handling of the documents and to segregate and return any privileged materials. Trump’s delay in filing the motion — he waited nearly two weeks after the Aug. 8 search of his property — appears to have given the Justice Department time to finish its review.

Cannon issued an order Saturday indicating she was inclined to grant Trump’s request for an outside review and instructing the government to give Trump a more detailed list of the property taken from Mar-a-Lago in the Aug. 8 search.

But the filing Monday from Justice Department attorney Jay Bratt and U.S. Attorney for Southern Florida Juan Antonio Gonzalez suggests at least part of what Trump sought may be moot.

“Before the Court issued its Preliminary Order, and in accordance with the judicially authorized search warrant’s provisions, the Privilege Review Team (as described in paragraphs 81-84 of the search warrant affidavit) identified a limited set of materials that potentially contain attorney-client privileged information, completed its review of those materials, and is in the process of following the procedures set forth in … the search warrant affidavit to address potential privilege disputes, if any,” the prosecutors wrote.

Bratt and Gonzalez noted that the filter-team procedures had been approved in the search warrant, granted on Aug. 5 by Magistrate Judge Bruce Reinhart. They referred Cannon to the recently unsealed affidavit underlying the search, which laid out the process.

“[T]he Privilege Review Team will search the ‘45 Office’ and conduct a review of the seized materials from the “45 Office” to identify and segregate documents or data containing potentially attorney-client privileged information,” the affidavit indicates.

When the privilege team discovers potential attorney-client information, the procedures offer three options: to ask Reinhart for a determination, to withhold the documents from the investigative team or to ask Trump to waive privilege to permit investigators to review the documents. DOJ indicated those procedures had been followed.

Similarly, the procedures permit the filter team to transmit any records they deem unprivileged to investigators. It’s unclear if the team has already done so in this case.

The prosecutors also noted that the intelligence community is conducting a separate review of the records to determine their classification level and to assess the national security concerns implicated by the documents. Director of National Intelligence Avril Haines separately has told congressional Democrats that her team was in the process of making that assessment.

The filing Monday did not say explicitly whether Justice Department investigators have actually reviewed the records seized on Aug. 8, including any flagged in the privilege process. A more detailed filing from the Justice Department is expected by Tuesday night.

Cannon has set a hearing for Thursday in West Palm Beach to address Trump’s request for a special master, typically a retired judge, to oversee the process. While Trump has claimed that many of the records are covered by executive privilege, legal experts have raised doubts about how that would apply in this context.

Under the Presidential Records Act, ownership of official White House records transfers to the National Archives when a presidency ends. There are procedures for assertions of executive privilege after a president leaves office, but Trump’s authority to make such a claim without the backing of President Joe Biden is murky.

Why was NASA’s Artemis 1 launch scrubbed and what’s next? | Space News

Why was NASA’s Artemis 1 launch scrubbed and what’s next? | Space News

When ‘Z’ meant joy, freedom and humour to Russians and Ukrainians | Arts and Culture

Primaries set most of Legislature, general will decide balance of power | Local News