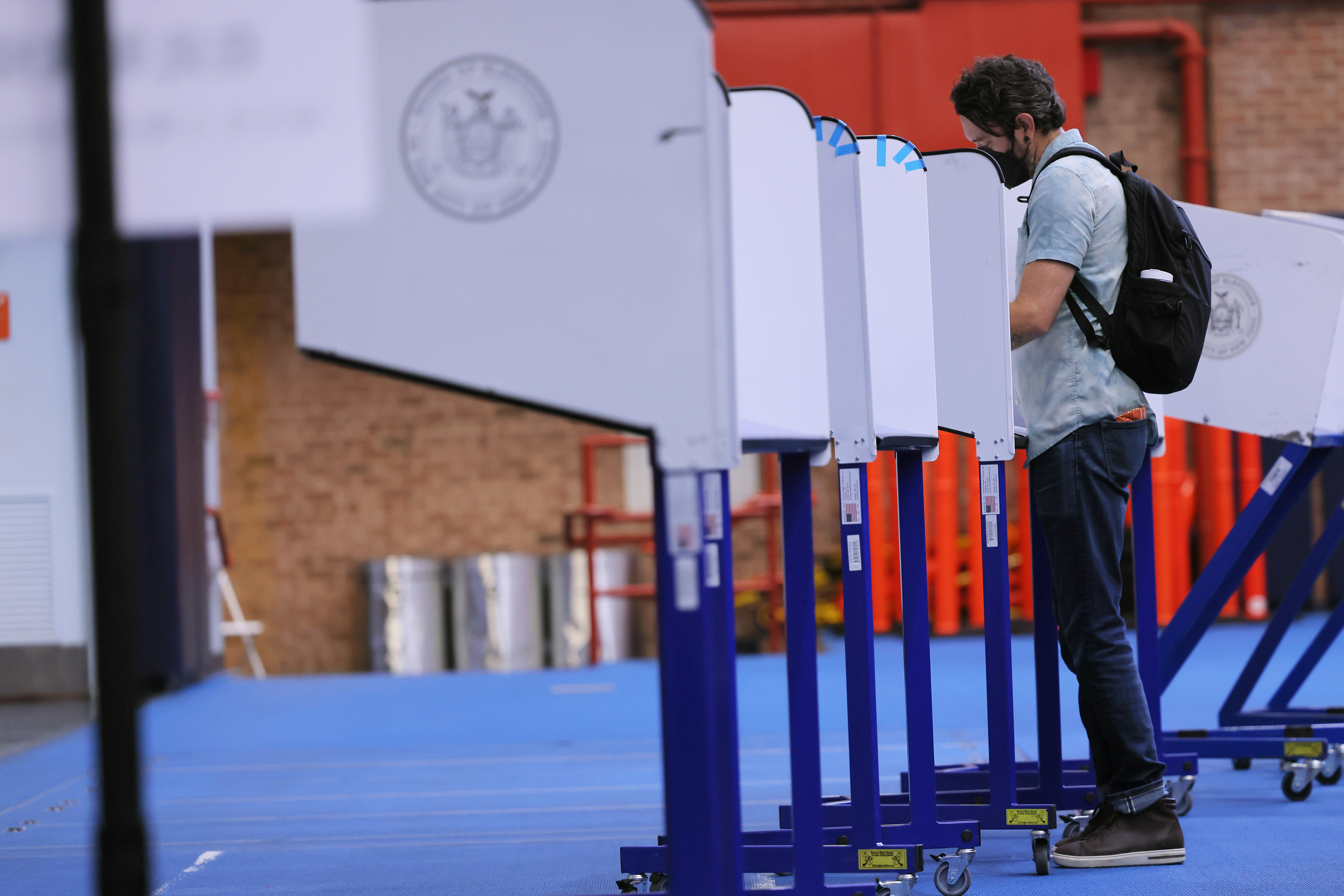 However, keeping Democratic prospects strong until November is far from guaranteed. The president’s party typically loses seats in Congress in the midterms: 2006, 2010, 2014 and 2018 saw huge gains for the opposition party. Also, redistricting has likely put some seats out of the reach of Democrats.

The margin of error in CBS News’ seat estimate for each party is +/- 18 seats, and a majority in the chamber is 218 seats.

According to CBS’ election tracker, the apparent shift can be attributed to voters attention on abortion rights, falling gas prices and what the network dubbed “the Donald Trump factor.” The former president has once again dominated headlines at times this month, following the FBI’s search of his Mar-a-Lago home, which was part of an investigation into the alleged mishandling of White House documents.

“Abortion is going to be extremely important,” Harrison said, adding that the issue is “about freedom.”

In the same poll, President Joe Biden’s approval rating rose three points to 45 percent compared with 42 percent in July, and his disapproval rating — still a majority — fell by the same amount, from 58 percent to 55 percent, in the same period. Biden’s job ratings on the economy, gas prices and inflation all improved, though only a third of Americans believe Democrats have a plan to fight inflation, as “Face the Nation” host Major Garrett noted Sunday.

The CBS News/YouGov survey was conducted with a nationally representative sample of 2,126 registered voters interviewed Aug. 24 to 26, with a margin of error +/- 2.4 points. CBS’ House seats estimates were based on a multilevel regression and post-stratification model that incorporated voter responses.