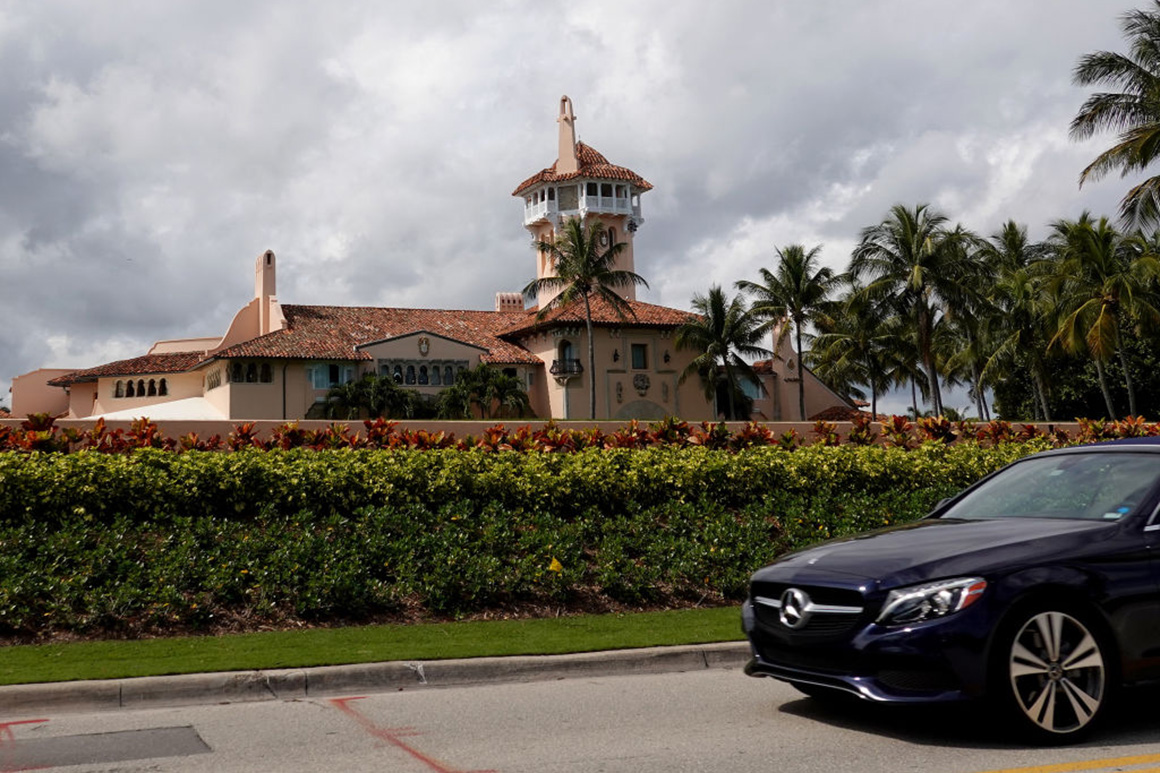 Prosecutors also added in another court filing unsealed Friday that the ongoing criminal probe into government records stashed at Trump’s Florida home has involved “a significant number of civilian witnesses” whose safety could be jeopardized if their identities were revealed.

The court filings unsealed Friday also revealed that the magistrate judge who issued the warrant for the search of Trump’s residence received legal arguments from Trump’s attorneys before doing so.

Those arguments came in the form of a three-page, May 25 letter from Trump lawyer Evan Corcoran.In the letter, Corcoran sought to discourage the Justice Department from proceeding with a criminal investigation or potential criminal charges over the presence of classified records at Mar-a-Lago.

“Public trust in the government is low. At such times, adherence to the rules and long-standing policies is essential,” Corcoran wrote. “President Donald J. Trump is a leader of the Republican Party. The Department of Justice (DOJ), as part of the Executive Branch, is under the control of a President from the opposite party. It is critical, given that dynamic, that every effort is made to ensure that actions by DOJ that may touch upon the former President, or his close associates, do not involve Politics.”

Notably, the letter came before a June 3 meeting between Trump, his attorneys and DOJ officials at Mar-a-Lago, where the department’s counterintelligence chief Jay Bratt and FBI agents viewed parts of the premises. Trump has repeatedly described his interactions with DOJ as cordial, with aides noting that he shook hands with Bratt during the meeting. But those accounts didn’t mention the heightened tensions reflected in Corcoran’s letter.

Similarly, Trump has described that DOJ asked him to install a lock on his storage facility after the June 3 meeting. But DOJ revealed in the affidavit that this request was delivered with far more alarm than Trump conveyed.

“As I previously indicated to you, Mar-a-Lago does not include a secure location authorized for the storage of classified information,” DOJ wrote in a letter to Corcoran at the time. “As such, it appears that since the time classified documents [redacted] were removed from the secure facilities at the White House and moved to Mar-a-Lago on or around January 20, 2021, they have not been handled in an appropriate manner or stored in an appropriate location.”

Corcoran, in his May 25 letter, also argued that presidents have “absolute authority” to declassify documents, although he did not explicitly say that Trump had done so.

Some Trump allies have asserted that he explicitly or implicitly declassified materials by taking them from the Oval Office to the White House residence or other locations, though no evidence has emerged of a formal declassification order.

Indeed, the affidavit unsealed Friday contains a reference to former Trump adviser Kash Patel — one of Trump’s authorized representatives to the National Archives — claiming in a Breitbart News article that Trump had declassified many of the records at issue.

Trump’s attorney also contended in his letter that a technical reading of one federal statute covering mishandling of classified information indicates it does not apply to the president. Corcoran did not address whether or how a former president would also be immune from prosecution or retain some declassification power.

When prosecutors sought the search warrant for Mar-a-Lago, they included Corcoran’s letter in their submission to Magistrate Judge Bruce Reinhart. However, they did not cite the criminal statute Corcoran referenced as a basis for the search. Instead, prosecutors pointed to possible violations of the broader-ranging and more severe Espionage Act, as well as criminal statutes covering theft of government records and obstruction of justice.

The partial release of the heavily-redacted affidavit and related court documents is the latest development in a fast-moving legal saga that poses an acute threat to the former president.

The Justice Department had grown alarmed this spring after learning from the National Archives that Trump possessed “highly classified” materials in a Mar-a-Lago storage room, some of which had been returned to the archives earlier in the year. But DOJ came to believe not all of it had been sent back. Trump’s attorneys, meanwhile, delayed the FBI’s access to the retrieved documents earlier this year, according to correspondence released by the Archives. Ultimately the department resorted to getting a search warrant in order to try and obtain the materials it believed remained at Mar-a-Lago.

The much-anticipated release of the affidavit behind that warrant came in response to an order from Reinhart, who partially granted a request from media organizations and a conservative group that the document be unsealed.

The Justice Department argued against making even a redacted version of the affidavit public, warning that redactions needed to protect the integrity of the investigation and to prevent harm to individuals would be so extensive as to render the document meaningless. However, the department elected not to appeal Reinhart’s decision to release a censored version of the affidavit to a district court judge or to a federal appeals court.

Prosecutors submitted proposed redactions to the court on Thursday morning and Reinhart concurred with all of them. In an order issued a short time later, the judge said that prosecutors had shown “good cause” to redact elements of the affidavit that would reveal “the identities of witnesses, law enforcement agents, and uncharged parties,” as well as “the investigation’s strategy, direction, scope, sources, and methods” and “grand jury information.”

Some of the deletions are intended to shield investigators’ sources and methods for collecting evidence as part of their criminal probe into what Reinhart called the “highly classified” documents the FBI discovered at Mar-a-Lago. Both Reinhart and the Justice Department have noted an uptick in violent threats against those connected to the Trump probe as they laid out their rationale for redactions.

While the precise reasons for most of the specific redactions were not revealed Friday, at least some — like withholding the name of the FBI agent who swore out the affidavit — were withheld on grounds of “agent safety.”

Infographic: The impact of nuclear tests around the world | Infographic News

Ro Khanna’s Apology Tour. And Why Trump Voters Love It.