Senate Dems brace for a red wave — of cash 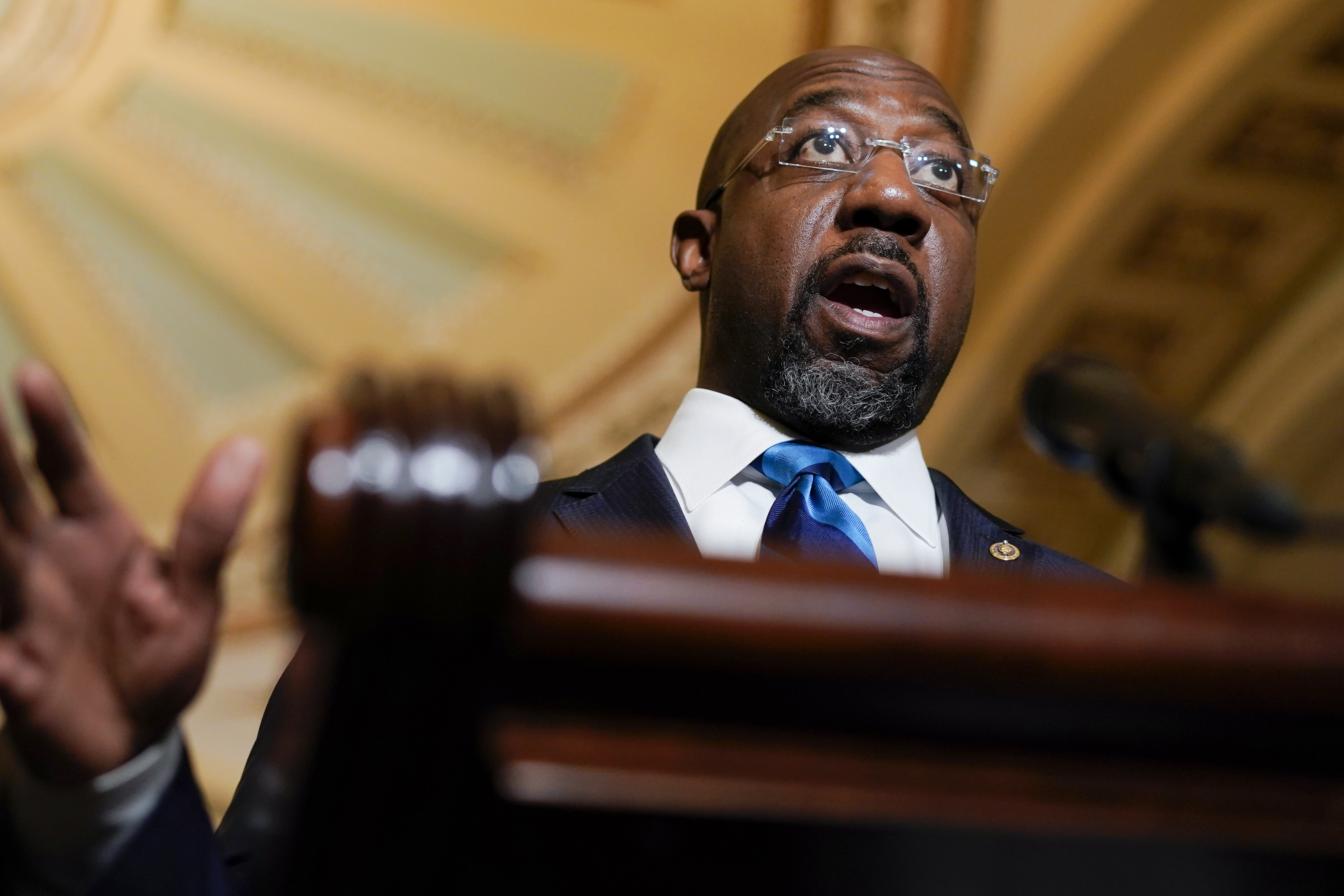 “These are all going to be dogfights for the final couple months,” said former Democratic Senate Campaign Committee adviser Justin Barasky. “Republican money is coming. We always knew it was going to, because it always does. Doesn’t mean it’s easy to deal with, but it’s not unexpected.”

To an extent, Democrats set their own high expectations off what they see as weak GOP candidates, an improving political climate and a surprisingly productive legislative summer.

Senate Majority Leader Chuck Schumer channeled those good vibes in an interview earlier this month: “I think we’re going to pick up seats,” he said, adding that voters “see the Republicans as MAGA Republicans, far to the right. And now we’ve shown that we can actually get something done.”

Still, with a GOP storm coming in, the Senate Democratic campaign arm is prodding its candidates to keep outpacing their Republican opponents in individual fundraising. Candidates themselves get better ad rates than super PACs, which means Democrats’ best bet to blunt the McConnell-backed group is continued big numbers from senators like Mark Kelly (D-Ariz.) and Raphael Warnock (D-Ga.).

DSCC spokesperson David Bergstein said the committee views this fall’s core races as “margin of error” contests, despite polls showing Kelly and Pennsylvania’s John Fetterman up double digits. Bergstein added that the committee knows “each of our battleground races is going to be very competitive, that the spending disparity across the Senate map is going to tighten.”

“Republicans have put themselves in an extremely difficult position, heading into the final months of the election, but we’re under no delusions that they will have significant resources to spend,” Bergstein said. “We’re going to need to be prepared for our campaigns to be able to continue to have an extremely strong paid media presence when this Republican wave of spending comes.”

For the moment, Democratic incumbents are holding their own despite President Joe Biden’s low approval ratings in Georgia, Arizona, Nevada and New Hampshire. In addition, the party’s Senate candidates are threatening to pick up seats in Wisconsin and Pennsylvania while possibly marching even deeper into GOP territory.

That happened thanks to Democratic candidates who spent early and often to stay afloat during a choppy last few months, prompting the National Republican Senatorial Committee to spend $42 million. Chris Hartline, a spokesperson for the NRSC, said his organization spent early “to define the Democrats and their radical agenda. Democrats have spent tens of millions in every state on the map, only to be in exactly the same weak position they were in a year ago.”

The NRSC now has $23 million on hand after that blitz, about $30 million less than the DSCC. The McConnell-backed super PAC is set to now carry the brunt of the party’s spending in the final weeks.

Right now the biggest GOP advantages are in Democratic reach states that Republicans need to take off the board.

Ohio Rep. Tim Ryan is running close enough against GOP nominee J.D. Vance to elicit a $28 million intervention by SLF that will end up swamping the Democrat by nearly $10 million after Labor Day, based on current reservations. Cheri Beasley is closing ground against Rep. Ted Budd (R-N.C.), although Republicans are currently slated to outspend Democrats in North Carolina by more than $25 million in the after-Labor Day period, almost entirely due to the GOP super PAC.

Due in large part to the PAC’s $28 million in fall reservations in Pennsylvania, Republicans may be able to keep pace there with Fetterman, a prolific fundraiser, and his Democratic allies. GOP nominee Mehmet Oz has been trailing in every public poll and needs all the help he can get, with the Republican PAC adding three extra weeks of summer ad buys to help stanch the bleeding.

And while there are fewer polls in Wisconsin, its incumbent GOP Sen. Ron Johnson is trailing early against Democratic Lt. Gov. Mandela Barnes. As things stand, GOP groups are slated to slightly outspend Democratic groups this fall in the Badger State.

The Schumer-aligned Senate Majority PAC, meanwhile, is also upping its spending as the map gels. The group initially reserved $106 million in the key battlegrounds of Arizona, Nevada, Georgia, Pennsylvania and Wisconsin, then added $27 million in additional reservations.

The Schumer-backed PAC also began spending this summer in North Carolina ahead of Republicans’ massive reservation there, though it has not reserved ad time there after Labor Day, according to AdImpact. Veronica Yoo, a spokesperson for Senate Majority PAC, said her group is “committed to making sure that Democrats have the resources” they need.

“The fact that Mitch McConnell, the Senate Leadership Fund and their right-wing allies are being forced to shell out tens of millions of dollars on defense is a testament to the strength of our Democratic candidates,” Yoo said.

Even the Republican super PAC, which can take unlimited donations, is unable to keep up in Nevada and Arizona, where Democratic groups and candidates currently have reservations outpacing the GOP by a two-to-one margin at the moment. SLF has not yet made a commitment in New Hampshire, giving Democrats an advantage there of more than $10 million.

And in Georgia, Democrats have an early spending edge in the race between Warnock and GOP nominee Herschel Walker, a former football star anointed by former President Donald Trump who has struggled on the trail. Warnock had about $15 million more on hand than Walker at the end of the last reporting period, enough for him to spend $3 million per week from his own campaign on ads down the stretch. The McConnell-backed super PAC is spending $5 million a week in Georgia, part of a $39 million fall spending strategy there.

Republicans only have to net one seat to win back the Senate, which many in the party say is still achievable even as they grimace over some candidates’ performances. Both parties have also sought to expand the midterm map beyond the core six battleground states; Barasky said GOP-held Florida, Ohio and North Carolina, plus Democratic-held Colorado, will all be fiercely competitive as GOP candidates up their game in the final weeks.

“There’s been enough alarms sounded on the Republican side about the money,” Barasky added. “I can only assume they’re going to improve. In a lot of cases, they don’t need to because they can rely on the millions they have in outside money.”

What’s in the affidavit that led FBI to search Mar-a-Lago? | Donald Trump News