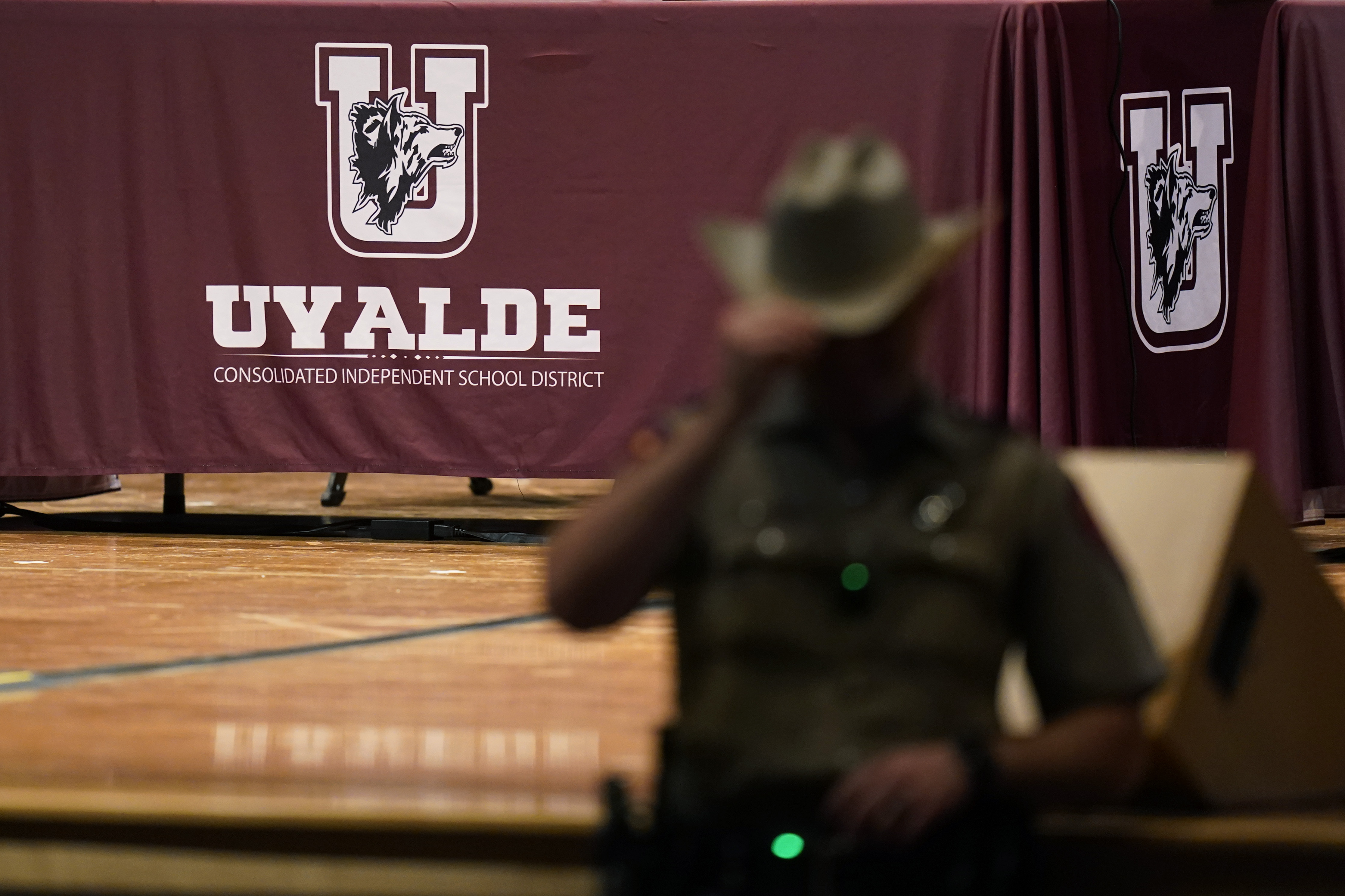 Arredondo is the first officer dismissed over the hesitant and fumbling law enforcement response to the May 24 tragedy. Only one other officer — Uvalde Police Department Lt. Mariano Pargas, who was the city’s acting police chief on the day of massacre — is known to have been placed on leave for their actions during the shooting.

Arredondo, who has been on leave from the district since June 22, has come under the most intense scrutiny of the nearly 400 officers who rushed to school but waited more than an hour to confront the 18-year-old gunman in a fourth-grade classroom.

Most notably, Arredondo was criticized for not ordering officers to act sooner. Col. Steven McCraw, director of the Texas Department of Public Safety, has said Arredondo was in charge of the law enforcement response to the attack.

Arredondo was not in attendance.

Instead, minutes before the meeting of the Uvalde school board got underway, Arredondo’s attorney released a scathing 4,500-word letter that amounted to the police chief’s fullest defense to date of his actions. Over 17 defiant pages, Arredondo is not the fumbling school police chief who a damning state investigation blamed for not taking command and wasted time by looking for keys to a likely unlocked door, but a brave officer whose level-headed decisions saved the lives of other students.

The letter also accused Uvalde school officials of putting his life at risk by not letting him carry a weapon to the school board meeting.

“Chief Arredondo is a leader and a courageous officer who with all of the other law enforcement officers who responded to the scene, should be celebrated for the lives saved, instead of vilified for those they couldn’t reach in time,” Hyde wrote.

Uvalde school officials have been under mounting pressure from victims’ families and members of the community, many of whom have called for Arredondo’s termination. Superintendent Hal Harrell had first moved to fire Arredondo in July but postponed the decision at the request of the police chief’s attorney.

Among those at the meeting was Ruben Torres, father of Chloe Torres, who survived the shooting in room 112 of the school. He said that as a former Marine, he took an oath that he faithfully executed willingly, and did not understand why officers did not take action when leadership failed.

“Right now, being young, she is having a hard time handling this horrific event,” Torres said.

The Texas Department of Public Safety, which had more than 90 state troopers at the scene, has also launched an internal investigation into the response by state police.

School officials have said the campus at Robb Elementary will no longer be used. Instead, campuses elsewhere in Uvalde will serve as temporary classrooms for elementary school students, not all of whom are willing to return to school in-person following the shooting.

School officials say a virtual academy will be offered for students. The district has not said how many students will attend virtually, but a new state law passed last year in Texas following the pandemic limits the number of eligible students receiving remote instruction to “10% of all enrolled students within a given school system.”

Schools can seek a waiver to exceed the limit but Uvalde has not done so, according to Melissa Holmes, a spokeswoman for the Texas Education Agency.

However, according to the district’s own progress reports, as of Tuesday no fencing had been erected at six of the eight campuses where it was planned, and cameras had only been installed at the high school. Some progress had been made on locks at three of eight campuses, and communication improvement was marked as half complete for each campus.

Uvalde CISD did not immediately respond to a request for comment.

‘Are We the Problem?’ The New Dean of Columbia J-School Wrestles With Its Place in the Industry