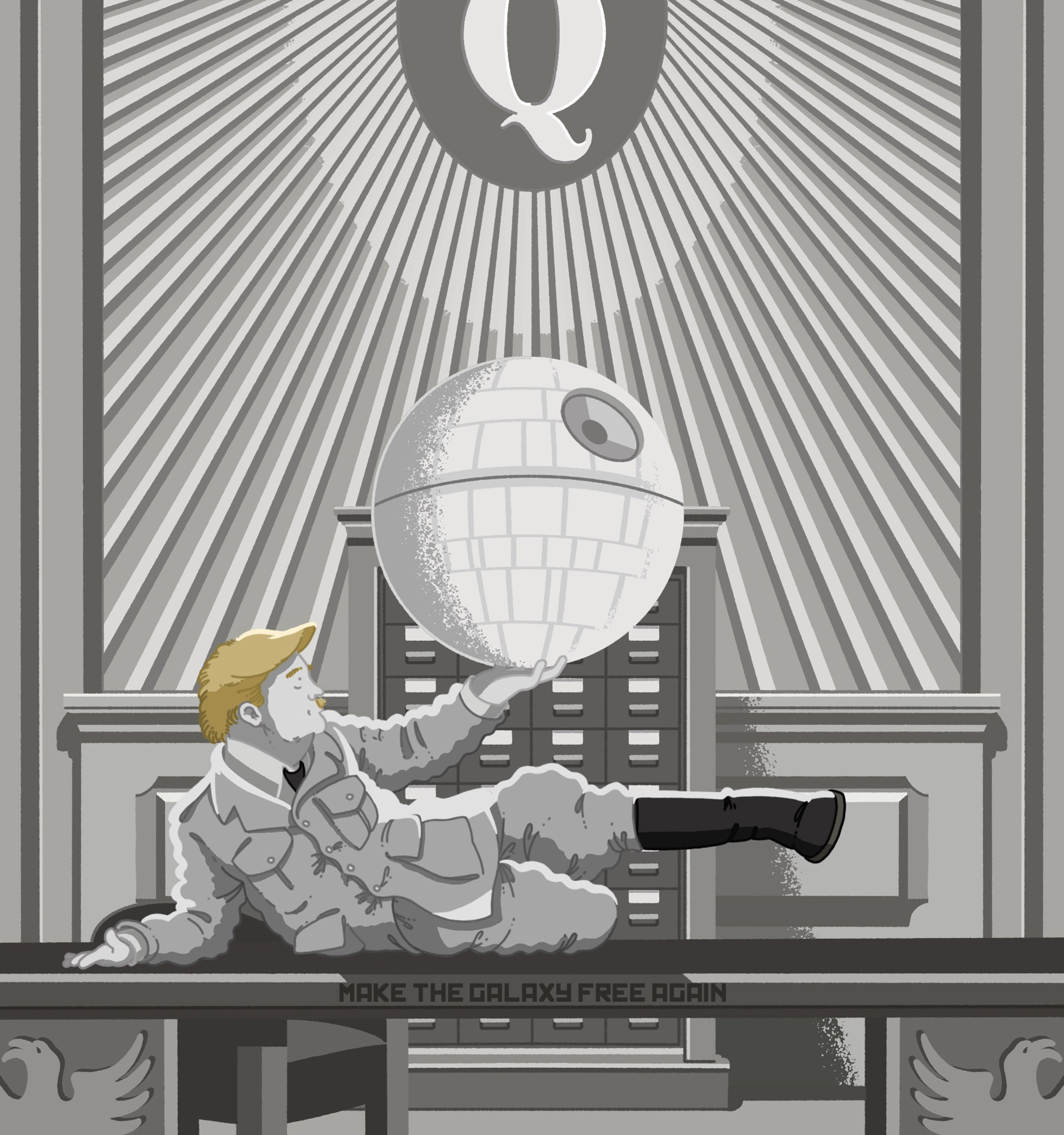 Chances are you don’t know who Ethan Van Sciver, Matt Wilkins and Jeremy from Geeks & Gamers are. However, these men are heroes for some of the most ardent and belligerent Star Wars fans. They’re leading the popular resistance against Disney, cancel culture and political correctness, which they think are attempting to usurp “their” favorite fictional universe by politicizing it.

Van Sciver is the leader of a group that vents its rage on Twitter and YouTube. They refer to themselves as the Fandom Menace. As cultural journalist David Bizarro explains, their main group activity consists of “pressuring Disney to ensure that the next Star Wars productions do not make what they consider outrageous concessions to the cultures of sexual and ethnic diversity and so-called gender ideology.” Fandom Menace started in 2018, shortly after the release of The Last Jedi, a film that, according to Van Sciver and company, crossed the line. At the time, they took to social media to harass the movie’s lead actress, Daisy Ridley; director, Rian Johnson; and especially Kelly Marie Tran, who played the saga’s first main character of Asian descent, Rose Tico. Mark Hamill stood in solidarity with Tran; for his troubles, he felt the wrath of a subset of his fans for the first time in the 45 years he’s played Luke Skywalker. Ridley ended up leaving social media entirely because she was fed up “with the absurd and insufferable degree of toxicity” of fan abuse.

The #DestroyDeathStar campaign is the group’s aggressive and prejudiced followers’ most recent “feat.” In this scenario, they claim that Disney is the Death Star while they represent the resistance. As Bizarro explains, “those involved in Fandom Menace are mostly right-wing Trump supporters who identify with the Republic; they consider others – Disney, certainly, but also the alleged dictatorship of Joe Biden and progressive media and institutions – to be the Empire.” According to Rachel Leishman, the editor of The Mary Sue, a feminist pop culture fanzine, “they’re protesting the Star Wars universe’s politicization, but it’s clear that few fans are as politicized as they are.” A few years ago, Van Sciver’s videos were erudite; now, they are “long perorations fueled by ultraconservatism and misogyny in which he rants that a women’s conspiracy has destroyed Star Wars, and that the January 2021 attack on Congress was an attempt to destroy the Death Star.”

Until now, geopolitical readings of George Lucas’s universe followed a basic pattern. Progressives identified with the Republic. Richard Nixon and Ronald Reagan’s conservative counterrevolution were the Empire. The Ewoks represented Viet Cong guerrillas. Leia Organa embodied the galactic version of Jane Fonda, the American actress who traveled to Hanoi in 1972, in the middle of the Vietnam War, to express her support for the Asian country’s popular resistance movement. At the time, even George Lucas himself endorsed this leftist interpretation, albeit somewhat reluctantly.

Of course, not all fans buy that view. Some prefer to forget the disagreements between progressives and conservatives and instead read the saga from historical, mystical or patriotic perspectives; they associate the Empire with Nazism (or the Soviet Union), and the rebels with democracy or the American way of life. Fandom Menace’s remarkable audacity turns the traditional scheme upside down by claiming that Donald Trump represents the Resistance and Joe Biden is Emperor Palpatine.

According to Leishman, “this is a propaganda campaign driven by unscrupulous people like Van Sciver that’s taken hold among a group of ignorant and historically unaware Internet users.” Leishman believes that it’s obvious that “it wasn’t Disney or feminists who added a political agenda to Star Wars; if anyone is appropriating a universe that belongs to fans of all kinds to interpret it in a biased, intolerant and non-inclusive way, it’s precisely the guys at Fandom Menace.” The journalist blames them for the brutal smear campaign against Andor, the next Star Wars series. For the time being, Disney has postponed the film’s premiere until September and is debating whether to make changes that would ideologically neutralize the production.

George Lucas hasn’t weighed in on such controversies for years. From his perspective, his agreement with Disney has both made him immensely rich and removed him from that universe. He’s already said all he had to say. In 2015, he participated in Star Wars and History, a collection of 11 essays edited by scholars Nancy R. Reagin and Janice Liedl. Among other things, we learn from the book that Lucas began by using the French Revolution and the Spanish Civil War as his referents, and the Jedi were inspired by Japanese samurai and the Knights Templar. Reagin and Liedl perceptively observe that the first film’s last scene, in which Leia and her henchmen celebrate the Death Star’s destruction, is a barely disguised remake of a scene from Leni Riefenstahl’s Triumph of the Will, the Nazi propaganda masterpiece. Did  Lucas mean to suggest that once an insurrectional movement begins to institutionalize, it already contains the seeds of fascism? Maybe, in the end, Star Wars conveys an anarchist message.

A Putin Critic Fell from a Building in Washington. Was It Really a Suicide?

Glory Days: In Michigan, Nostalgia For A Romanticized Past Outstrips The Reality of An Economic Rebirth