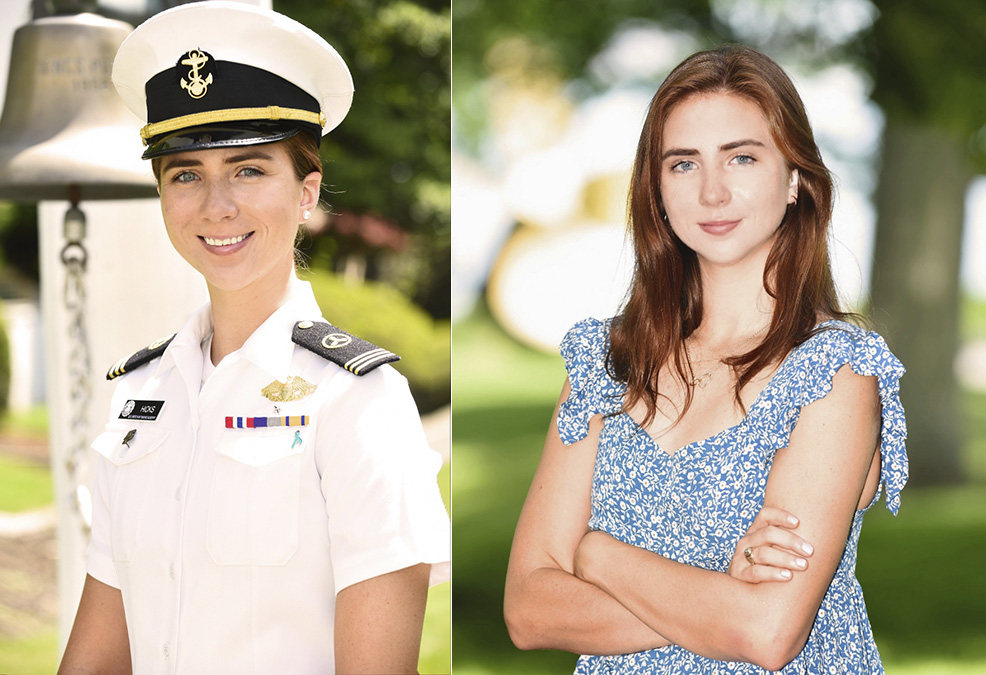 Last year, the United States Merchant Marine Academy sent an 18-year-old female student off on the Alliance Fairfax, a car carrier ship owned by the Danish shipping company Maersk. On board, she was supposed to continue her training, after excelling both academically and athletically in her first year at the Academy. But from the very beginning of her placement, everything went wrong.

The cadet she replaced on board warned her that the crew was full of “creepy” men. She advised her to avoid wearing shorts or exercising in their presence. In short, avoid anything that could be considered “provocative.”

The warning didn’t do much good. After weeks of being on the receiving end of sexist jokes, sexual innuendos, non-consensual touching and rape threats, Midshipman-Y – the pseudonym under which the young woman appears in the complaint – resorted to sleeping with a knife on the floor of a locked bathroom. This was the only place where members of the crew couldn’t enter with their skeleton keys. She also changed her sleeping schedule constantly to avoid being caught off guard. Finally, fearing that she would be raped, Midshipman-Y asked to be evacuated. She subsequently reported what had happened to Maersk.

On June 14 of this year, the US law firms Sanford Heisler Sharp and Maritime Legal Solutions jointly filed two complaints against Maersk before the New York Court: one for the harassment of Midshipman-Y and another for the alleged rape suffered in 2019 by Hope Hicks, another female Merchant Marine student who also traveled aboard the Alliance Fairfax.

All women in the industry have faced misogyny. Many have been keeping those bad experiences to themselves for decades

The brief presented to the judges accuses Maersk of not doing enough to protect the women in question. It describes the experience of Hicks, who was 19-years-old during her work placement:

“From the beginning, Hope – who was the only woman aboard the Alliance Fairfax – was subjected to sexual harassment by male crew members that worsened over time. Halfway through her voyage, Hope’s worst nightmare came true when the ship’s first engineer plied her with alcohol, waited until she was completely incapacitated, and raped her. Before being raped by a drunken officer more than 40 years her senior, Hope was a virgin, saving herself for marriage.”

The assaults on the two young women took place within the male-dominated marine transport industry. Hardly any measures have been taken to protect women on board cargo ships. When Hicks made her sexual assault public via a blog post last year, Maersk opened an investigation and suspended five employees, eventually firing them. Now, with the complaint in court, company representatives told EL PAÍS that they are trying to change the culture that governs the seas – a culture that is tainted by sexist and misogynistic behavior. Maersk is in the process of interviewing the more than 350 women in their workforce who work offshore to discuss the challenges they face and if they have experienced harassment or assaults.

“The talks, which are still taking place, show that a big culture change is needed,” admitted Maersk.

In a masculine environment, where you can spend months many miles away from land, isolated in a small space, the stories of abuse that have come to light are likely just grazing the surface of an ocean. Christine Dunn, a partner at Sanford Heisler Sharp who specializes in defending victims of sexual violence, believes the case may push shipping companies to make changes, as their reputations are at stake.

“Hope Hicks and Midshipman-Y are very brave in coming forward with their stories. They believe that shedding light on this issue is the only way to get justice for themselves and change the shipping industry,” she told EL PAÍS by email.

However, despite the progress, there is reason to believe that there will not be substantial change. J. Ryan Melogy, the founder of Maritime Legal Solutions, notes that complaints about crimes that take place at sea must be filed in the countries where the boats are registered – and only 100 ships in the world sail under the American flag.

“These women are trailblazers, but they live in the US and are being supported by powerful legal teams. There are thousands of vessels flying the Panamanian flag, for example, and if you experience abuse [on any of them], your only option is to go to court in Panama. I don’t see that happening, and I think we are a long way from seeing a widespread response to maritime abuses in court,” he said.

British journalist Rose George has thoroughly studied this issue. She embarked on a container ship for weeks, from Rotterdam to Singapore, to explain how maritime trade works – as important as it is ignored – and wrote a book about her experiences titled Ninety Percent of Everything. The recent allegations of sexual assault at sea have not surprised her, although she believes the victims’ testimony is particularly brave: “I’m glad they’re going to court, because there’s immense pressure on them not to: they could lose their jobs or be blacklisted.”

In George’s opinion, the sea is the perfect territory for impunity. “I always say that if I wanted to kill someone (not the case!), I would do it at sea. No police, no easy access, no forensic evidence collection – it’s a perfect crime scene,” she told EL PAÍS via email. The British reporter believes that companies must have systems of accountability in place, so that women on board have someone trustworthy to turn to if they are harassed.

Hope Hicks and Midshipman-Y are very brave in coming forward with their stories. They believe that shedding light on this issue is the only way to get justice for themselves and change the shipping industry

Christine Dunn, a partner at Sanford Heisler Sharp who specializes in defending victims of sexual violence

Inspired by the #MeToo movement against sexual harassment, the Swede Frida Wigur – who worked as a sailor for over a decade – started the #lättaankar movement on social media in 2017. The hashtag translates to “anchors away” in English. Dozens of testimonies from women immediately reached her.

“All women in the industry have faced misogyny. Many have been keeping those bad experiences to themselves for decades. At sea, you live with sexual harassment, and you will always be judged by your sex and not as a person,” she explained on a phone call. Wigur compares the maritime industry with the military: in both, women are a minority and the hierarchy is very ingrained.

While two complaints have been filed against Maersk – the world’s largest shipping company – Melogy is skeptical about the impact the trial will have.

“They [the shipping companies] live in a world without consequences, and I think that’s the real problem.” He believes that companies will not be able to change their culture and that progress must come from outside. Melogy also notes that men are sometimes among the victims of assault, indicating that the problem goes beyond a culture of violence against women:

“Male seafarers are also sexually harassed and abused… they are subjected to bullying and psychological abuse that can have devastating effects on their mental health.”

A spokeswoman for the German firm Hapag-Lloyd – the fifth-largest shipping company in the world – assures EL PAÍS that she is not aware of such serious incidents having occurred on their vessels. She notes that Hapag-Lloyd has launched diversity training programs for its crew members. While she recognizes that females on board certainly represent a minority – which makes them more vulnerable – she adds that there is increasingly more interest among women about becoming sailors. Currently, of the firm’s 45 apprentices, 10 are women – 22% of the total, a rate well above past averages.

“Crossing the limits, as happens in non-consensual sexual acts, will not be tolerated in any way,” she insisted.

Mar-a-Lago: Donald Trump’s search statement has been released, but most of it is blacked out | USA