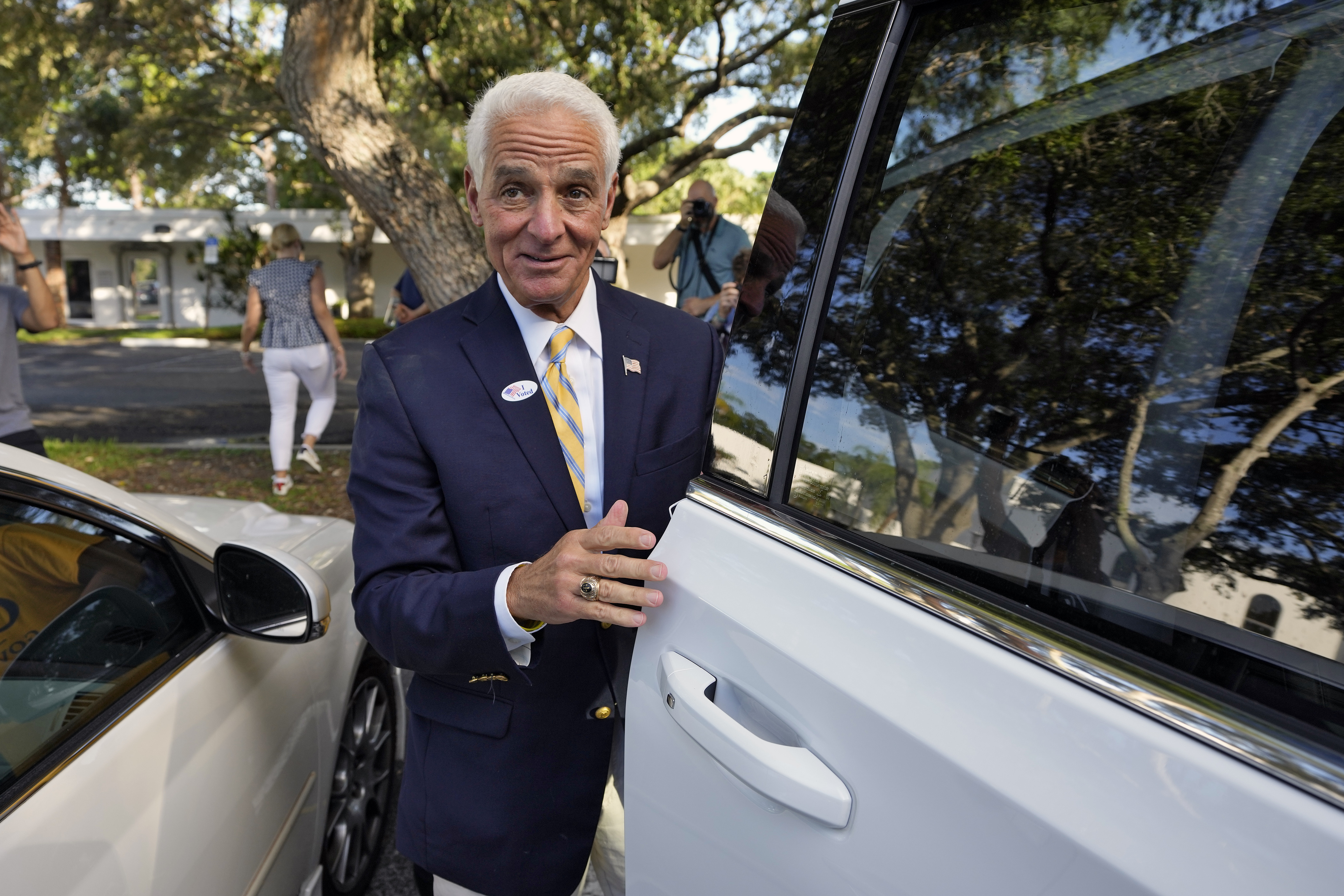 They are not the only members who could see their House careers come to a close, with at least two other members of the delegation — including Rep. Mondaire Jones and DCCC chair Sean Patrick Maloney — facing serious challengers on Tuesday.

Further upstate, a swing district that President Joe Biden won by fewer than 2 points in 2020 has a special election for the right to represent a vacant House seat for a few months. But the short-term result could have broader implications: Both parties have been competing in the race that will give the last temperature check of the political environment before November.

New Yorkers are also nominating candidates in up to a half-dozen November battleground seats, while Republicans are deciding primaries in a slew of open, safe House seats that will remake the Florida congressional delegation. And Oklahoma is holding primary runoffs, with Republicans voting for their nominee to replace the retiring GOP Sen. Jim Inhofe.

Here is the latest on Tuesday’s primaries:

Squaring off against DeSantis

Democrats in Florida are fighting for the right to face DeSantis, the ascendant Florida governor, in November.

Tuesday’s primary pits Democratic Rep. Charlie Crist, who was elected governor as a Republican in 2006, against state Agricultural Commissioner Niki Fried, the only statewide elected Democrat.

Crist has run a fairly traditional campaign in what could be a low turnout election, winning over the support of a large number of Democratic officials in the state. Fried, meanwhile, has targeted the former governor over abortion, arguing she is the only one who can motivate the Democratic grassroots.

DeSantis will be the heavy favorite in November, regardless of who wins on Tuesday. He is carrying a nine-figure campaign account into the general election, and his every move is watched closely as a potential candidate for president in 2024.

In upstate New York, a special election in a battleground House seat will see voters deliver the last pulse check before November on the national political environment since the Supreme Court eliminated nationwide protection for abortion procedures.

Unlike the handful of earlier special elections, this district is hyper-competitive. Biden won the district by less than 2 points after Donald Trump carried it by around 7 points in 2016. The seat is open after Democrat Antonio Delgado, who first won the district in the 2018 blue wave, resigned from office to become New York’s lieutenant governor.

The expensive contest pits Democrat Pat Ryan up against Republican Marc Molinaro. Ryan has leaned heavily into protecting abortion rights in his campaign, while Molinaro has focused in on the economy.

The winner of the contest will give an early insight into how animating the Dobbs decision is for voters, as both parties look to fine-tune their messaging.

There is a second special election to replace former GOP Rep. Tom Reed in Western New York, but Republican Joe Sempolinski is expected to win the red-tinted district over Democrat Max Della Pia. Sempolinski is not running for a full term.

Members of Congress in danger in New York

The Maloney-versus-Nadler primary in New York’s 12th District has been a bitter brawl, with Maloney lobbing attacks about Nadler’s fitness for office in the closing days of the race.

Both longtime members of Congress were forced together by redistricting, which will see at least one veteran of the state’s delegation not return next year. Also in the race is Suraj Patel, a lawyer who unsuccessfully challenged Maloney in 2020 and 2018, who has attracted a significant amount of attention and fundraising.

Other members in danger include Sean Patrick Maloney, the chair of the DCCC. He is seen as the favorite in a primary battle with state Sen. Alessandria Biaggi, who is backed by the progressive wing of the party angry at the DCCC chief for muscling out another member of the delegation during the late scramble over redistricting.

Maloney’s decision to run in the 17th District displaced Rep. Mondaire Jones, who is now running in a seat based in New York City. Jones is locked in a tight primary for the open 10th District that includes former federal prosecutor Dan Goldman; state Assemblymember Yuh-Line Niou; former Rep. Liz Holtzman, who last served in Congress in 1980; city Councilwoman Carlina Rivera and others. Goldman is seen as the favorite heading into primary day, in part due to a splintered field of progressives that includes Jones.

A Senate seat on the line

Oklahoma is also hosting its primary runoffs on Tuesday. Rep. Markwayne Mullen is the favorite over former state House Speaker T.W. Shannon in the GOP contest to finish out Inhofe’s term. The winner will face former Democratic Rep. Kendra Horn in November, but the Republican will be the heavy favorite.

New York also features a slew of potentially competitive House seats in November, after the state Supreme Court there threw out a Democratic gerrymander drawn by the state legislature. Now, a handful of seats will be competitive in November — and at the center of that is a trio of open seats on Long Island.

Turnover on the island’s delegation came from Democratic Rep. Tom Suozzi and GOP Rep. Lee Zeldin’s gubernatorial runs — Zeldin is the underdog GOP nominee in November, and Suozzi got blown out in a primary against Gov. Kathy Hochul — and Democratic Rep. Kathleen Rice’s retirement. Depending on the environment in November, all three could host competitive races.

In the race to replace Suozzi, Democrats are picking between DNC member Robert Zimmerman and county legislator Josh Lafazan, among others. Republicans have rallied around financier George Santos.

Another New York district to watch is the 22nd, which is open after GOP Rep. John Katko announced his retirement. The district became a bit bluer in the redistricting process, with a crowded field that includes Francis Conole, who finished in second in the Democratic primary in the area in 2020, and others in a four-way race. It is not, however, a slam dunk for Democrats: Republicans are deciding between a pair of millionaire businessmen in Steve Wells and Brandon Williams, and either could put up significant resources for November.

Florida has a slate of competitive Republican primaries in safe red seats, after an aggressive Republican gerrymander there put the party on track to pick up several seats. One of the most contentious has been the contest to take over Crist’s seat, which features the Trump-endorsed Air Force veteran Anna Paulina Luna against Kevin Hayslett.

Another closely watched race in New York is the Republican primary in a safe red district upstate, which puts the controversial, bombastic businessman Carl Paladino against state GOP chair Nick Langworthy. Paladino, with the support of House Republican Conference Chair Elise Stefanik, would be one of the most abrasive members of Congress should he win.